This is a sponsored column by attorneys John Berry and Kimberly Berry of Berry & Berry, PLLC, an employment and labor law firm located in Northern Virginia that specializes in federal employee, security clearance, retirement and private sector employee matters.

Much has happened in the past three years to warrant an update. For one, the women’s team has won another World Cup, recently with a 2-0 victory over the Netherlands. For another, national sponsors of soccer (e.g., Procter and Gamble) have begun to join the fight for equal pay on the side of the women’s team. Lastly, the equal pay movement has become stronger over the past three years. Attached is a copy of the original equal pay complaint.

It is an unfortunate fact that the EEOC has taken so long with this case. As mentioned earlier, the case started in early 2016 and originally involved the five team captains of the U.S. Women’s Soccer Team, such as Hope Solo and Carli Lloyd, who filed a wage discrimination complaint with the U.S. Equal Employment Opportunity Commission (EEOC) on behalf of all members of the women’s team against the U.S. Soccer Federation.

Since the 3-year delay at the EEOC, all 28 women’s team players have withdrawn their EEOC case and filed suit in the federal district court in Los Angeles, alleging that the U.S. Soccer Federation has engaged in several years of institutional gender discrimination. A copy of that complaint is linked.

In the latest filing by plaintiffs Alex Morgan, Megan Rapinoe and other women’s team members, they allege the serious pay discrepancies that continue to exist between the men’s and women’s teams.

While the Soccer Federation has claimed market considerations as the reason for paying the men’s team more, the women’s team, according to the complaint, has started to outperform the men’s soccer team in revenue and profit in the most recent accounts. Additionally, according to the complaint, the women’s team had even proposed a revenue-sharing agreement where women’s player compensation would be less if their revenue decreased. It seems as if the U.S. Soccer Federation needs a reality check.

It is time that the U.S. Soccer Federation recognize and pay the women’s team at least the same as their male counterparts on the two national teams and provide them the same benefits. We represent employees in employment matters.

If you need assistance with a federal retirement or an employment issue, please contact our office at (703) 668-0070 or at www.berrylegal.com to schedule a consultation. Please also visit and like us on Facebook at www.facebook.com/BerryBerryPllc. 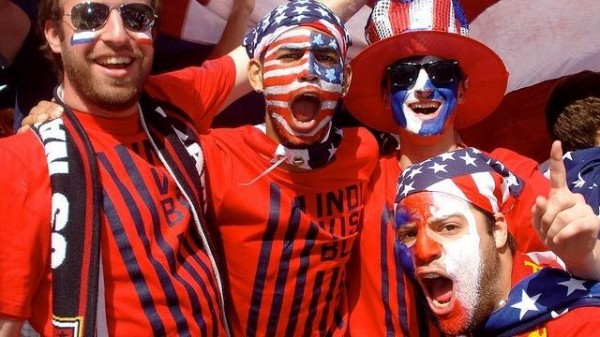 Reston will be a great place to show your team spirit on Sunday when the U.S. Men’s National Soccer team plays Portugal in Manaus, Brazil, in the 2014 World Cup.

The party will take place in the pavilion and on Market Street, where fans of all ages will have a chance to meet and mingle with D.C. United players.

Two giant screens will air games from Brazil all day. The schedule: Belgium vs. Russia (noon), followed by South Korea vs. Algeria (3 p.m.) and USA vs. Portugal (6 p.m.).

There will also be food and drinks available for purchase, as well as prizes and activities for kids.