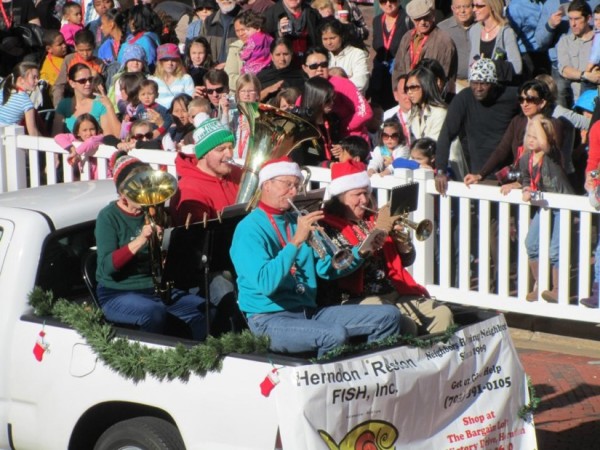 The parade, which begins at 11 a.m. is an annual day-after-Thanksgiving tradition in Reston.

In a nod to Metrorail’s Silver Line, which opens in Reston early in 2014, the parade theme this year is  “Destination: Reston!” Balloons, floats, and costumes have all been inspired by modes of transportation – walking, cycling, trains, planes and automobiles, and more, an RTC spokeswoman said.

One high-profile Restonian who will not be taking part this year: founder Robert E. Simon. The 99-year-old Simon will be on a trip to India over Thanksgiving.

Grand Marshal for the 2013 parade is real estate developer Joe Ritchey, who was selected for his philanthropic and community work in Reston. A Junior Grand Marshal, Lauren Spar of Langston Hughes Middle School, will also lead the parade. Lauren was selected because of her service to the community and LHMS.

After the parade, Santa and Mrs. Claus will stay for visits and photos until 4:30 p.m. and will return to light the Christmas tree in Fountain Square at 6 p.m. The tree lighting attracts a gathering of nearly 5,000 people, who will also join in a half-hour Sing Along of traditional Christmas songs.

The parade needs hundreds of volunteers. Want to help?  Go to www.restontowncenter.com/volunteer.