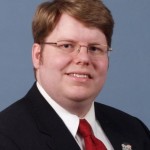 Winter has settled in with a vengeance! I hope you’ve all been coping well with the bitter cold we’ve had this week. While the temperatures we’ve had might not faze someone from Wisconsin or upstate New York, they’re pretty unusual for this area. Personally, I believe that cold weather builds character, but I’ve had a hard time convincing my daughter of that.

Perhaps when the weather is cold, it’s inevitable that the mind turns to places that are warmer. Places like Reston’s former Sister City  — Nyeri, Kenya,where it’s supposed to be in the low 80s today. It was around this time two years ago when I wrote about the history of Reston’s Sister City relationship with Nyeri and RCA’s role in it.

Recently, I’ve had some conversations that have convinced me that the time might be right to reunite these old Sister Cities. So this week, I’d like to tell you about the conversations I’ve had, and how I think resuming relations might be a boon for both cities.

A couple months ago, I received an email from a woman named Anne, who had come across the 2012 piece I wrote about the history between Reston and Nyeri. As luck would have it, she had been thinking about helping Reston and Nyeri become Sister Cities today. When she found out that this relationship had already existed, she said she “got energized just thinking about the art of the possible.” She asked if we could meet to discuss it further, and I gladly agreed.

It was a cold and rainy night when I arrived at Cafesano to meet with Anne and her friend Catherine. But once we began talking, their energy and enthusiasm quickly helped me forget the cold. Anne and Catherine grew up across the street from each other in Nyeri. They both wound up emigrating here separately, and they were delighted to discover that they were neighbors again in America.

In the course of their conversations, they often talked about creating a connection between Nyeri and their new home. They said they were excited for this meeting, because it meant that they would start taking action on their long-imagined idea.

They told me about growing up in Nyeri, and what the town was like. The major industry in Nyeri is agriculture, especially coffee and tea farming, but there are also several bottling plants and the home of East Africa’s leading dairy, Brookside Dairy. Nyeri is also a tourist destination, both for tourists seeking natural beauty (the city is located in the foothills of Mount Kenya) and history (the grave of Lord Baden-Powell, founder of the Boy Scouts, and the hotel where Queen Elizabeth II acceded to the throne are in Nyeri). The more they spoke, the more interested I became in seeing Nyeri for myself. 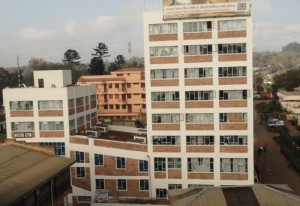 I asked Anne and Catherine what they thought should be the basis of the Sister City relationship. They said Nyeri would benefit most in planning and economic development. They described Nyerians as being very bright, well-educated, and entrepreneurial, but said that Nyeri has been struggling in recent years for a lack of planning. It’s a fairly large town, but it has few planning ordinances and growth has occurred in a somewhat haphazard fashion. If someone wants to start a restaurant or a shop, they just build it wherever they can find the space. You can imagine the kind of problems that sort of scattered growth can cause.

Anne described how much she loved seeing Reston’s growth according to its Master Plan, and she felt that seeing a place as well-planned as Reston would help encourage and guide Nyeri in its development. Being able to talk to our leaders about how we’ve planned and managed our growth might provide Nyerians with some ideas they can implement.

Anne and Catherine also said that this is the right time to restart this relationship. In 2013, Kenya reorganized its system of government, dissolving the elected councils and establishing municipal and town councils appointed by the county governments.  Anne said that she believed Nyeri’s new leaders are eager to spur development and economic growth, and so they would be open to learning from our example.

This focus on planning and development dovetails perfectly with what we’re doing now in Reston. We’re in the process of revising our Comprehensive Plan to accommodate the new growth that we expect with the Silver Line, and dealing with the challenges of building toward our future. And with Reston’s 50th anniversary upon us, this is the perfect time for us to look back at our own history and see how we came to be the community we are today.

Reston’s success over the last 50 years has been built on Bob Simon’s vision, the Master Plan that codified it, and the citizens who have worked hard to bring Bob’s vision to life. It’s a terrific collaborative effort, and a story that I’m excited to share. The lessons we’re drawing from our history as we plan for our next 50 years should be just as helpful for the people of Nyeri.

I left our meeting feeling excited and energized, and very much wanting to get started.  I immediately started thinking about forming a partnership to work on the Sister City project.  When we did this back in the ‘80s, RCA worked with Reston Black Focus, an organization that’s no longer active.  This time around, I thought that Reston Association would make a great partner for this effort.

I reached out to RA’s leadership, and they responded positively.  We’re still in the very early stages, but I’m hoping that we can get the Sister City relationship restarted this year, with Anne and Catherine’s help.

The Reston-Nyeri Sister City relationship was tremendously rewarding for both cities back in the ‘80s.  I believe that if we can get it started again, the rewards will be just as tremendous this time around.  I look forward to helping these long-lost Sister Cities get reunited.

Colin Mills is the president of the Reston Citizens Association. He writes weekly on Reston Now.