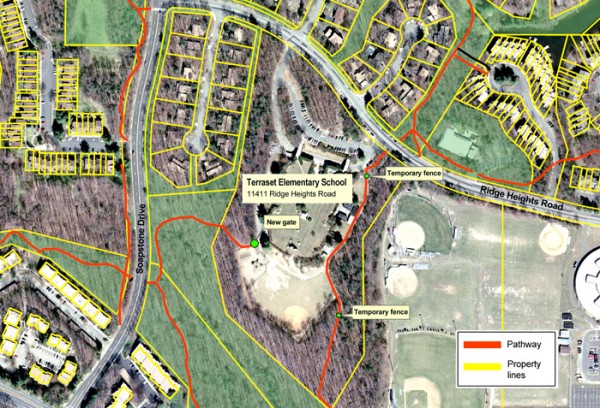 The Reston Association pathway on the east side of Terraset Elementary School, 11411 Ridge Heights Rd., will close for construction beginning next month.

The pathway will close in early-to-mid February and will not reopen until March or April of 2015, RA officials said.

The school will be gating the pathway on the west side of the building in the wooded area. The gate will be locked during school hours (9 a.m. to 4 p.m.). Signage will be placed at the first pathway intersection explaining the closures.

No word yet on how the closures will affect the Reston Triathlon and other races, which often use that section of the RA paths.