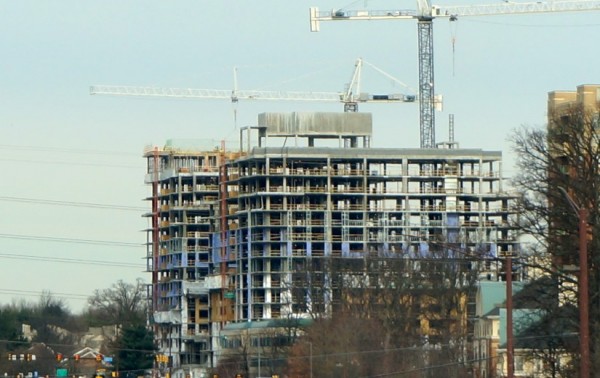 The Fairfax County Board of Supervisors will hold a public hearing on Tuesday to discuss changes to the Reston Master Plan -which could set the tone for development around Reston’s Silver Line stations in the future.

Citizen development-watchers Reston 2020 gave the final draft of the document — which will guide density, land use and future development around Reston’s three future Silver Line Metro stations — a letter grade of “D” when the plan was finalized last fall. They say the plan allows for too much development and not enough open space in Reston, particularly in the areas around Metro stations at Wiehle-Reston East and Reston Parkway.

Representatives from Reston 2020, which is part of the Reston Citizens Association, plan to speak at Tuesday’s hearing, which takes place at 4:30 p.m. at the Fairfax County Government Center.

Reston 2020 Co-Chair Terry Maynard plans to “discuss our frustration with the inattention given to the concerns of Reston’s 60,000 residents in the creation of this draft plan for the important urban growth we hope will occura long our share of the Dulles Corridor. ”

“We believe the right kind of development can make Reston a complete,integrated urban and suburban community with all the benefits both types of development can offer,” Maynard will say in his prepared remarks. “Unfortunately, we believe this draft plan does not achieve that vision in many critical ways, largely because the voices of the community have not been listened to in its preparation.”