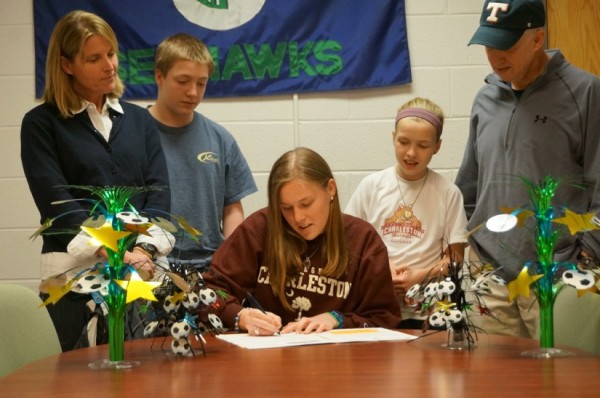 South Lakes senior midfielder Ellen Gose has signed a letter of intent to play at College of Charleston next season.

Gose has been a varsity player for the Seahawks since her freshman year. Coach Michael Astudillo says she has overcome injuries each year, which shows tremendous determination.

“She has battled an injury each year and each time has come back stronger,” he said.

Gose had surgery on her right knee six months ago, but looks ready to play, he said. South Lakes opens its season March 11.

College of Charleston is an NCAA Division I team that plays in the Colonial Athletic Association.