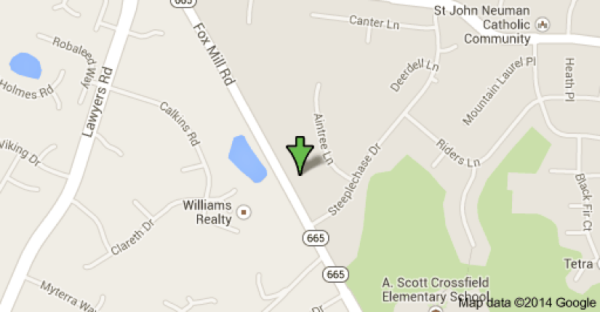 Reston Association says it is not interested in selling association-owned land to the Church of Jesus Christ of the Latter- Day Saints.

The church, which has a large facility in North Reston, approached Reston Association last fall about purchasing three parcels of land on which to build a new church. The land — at 2639, 2641 and 2643 Fox Mill Rd. — is undeveloped , wooded common area owned by RA since the late 1960s and mid 1970s.

RA CEO Cate Fulkerson says the association is occasionally approached by parties inquiring about purchasing land. Since the board must approve such a transfer, the matter must be put before the board. The broker representing the church was on the board planning agenda twice but failed to show.

“The Church of Jesus Christ of the Latter-Day Saints requested the opportunity to present a proposal to purchase three parcels of land on Fox Mill Road to build a new church,” Fulkerson said. “As it is a request which requires board action, staff placed the item for discussion on the agenda for the board planning committee on two different occasions.  As the requesting party has yet to be in attendance the item has been removed from the board agenda indefinitely.

“Staff’s opinion, however, is to not sell the parcels in question.”

The board recently OKed a land swap with Republic Land Development, which needs a one-acre plot of undeveloped RA common area for a 120-space parking garage at Lake Anne Plaza.

That transaction was met with disapproval by many RA members, who said RA should not be selling green space. Republic has offered tree care, minimal land disruption as part of that deal.