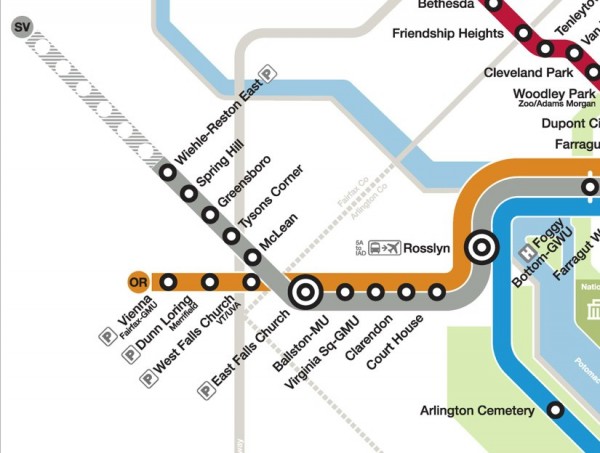 The Metropolitan Washington Airports Authority announced on Monday that the Silver Line Metro extension is not ready to take the next step towards an opening date.

MWAA had a 15-day period in which to review the work of its construction contractor, Virginia Transit Partners. MWAA found issues in 7 of 12 categories. Those issues must be fixed before MWAA can hand over the project to Metro, which will then have 90 days to conduct its own testing. It is not known how long it will take VTP to remedy the issues.

This is the third setback in recent months. Metro has never set an opening date, but the original handoff was estimated to happen in August for a December opening. Construction delays and testing issues pushed the handoff to November, and now to at least March.

Based on all that — and with chances that more issues can be found — when do you think the Silver Line, and its terminus at Wiehle-Reston East, will open?