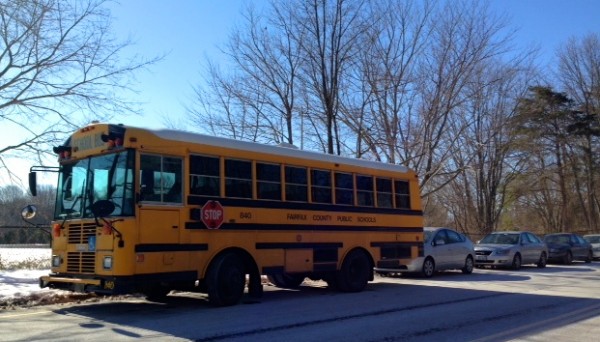 A grassroots movement is underway to try and get Fairfax County Public Schools to reconsider half-day Mondays.

For more than 40 years, FCPS elementary students have been dismissed about 2 1/2 hours early on Mondays so teachers could have a weekly planning time.

That is shortchanging the kids, advocates for a uniform school day throughout the week say.

“The members of the Fairfax County School Board need to face the reality that they have an obligation to set a schedule that meets the requirements in the Standards of Accreditation,” Virginia Fitz Shea, head of the Full Schooldays group, writes on her blog Fullschooldays.org.

“This is not a luxury or an extra that they can avoid implementing on the grounds that it is too expensive.  As previously mentioned, Fairfax could adopt the same elementary schedule seen in many other school districts at no additional cost whatsoever.”

Full Schooldays has also organized a petition to gather signatures of support to send to the FCPS school board.

“The elementary school schedule is too short,” says the petition. “Fairfax prides itself on being a leader in American public education, but it is stuck in the past in clinging to such a short schedule for elementary schools. Students are sent home 2 ½ or 2 hours early every Monday. The students should be allowed to stay in school for at least 6 hours and 40 minutes every single day of the week.”

The group also says half-days compromise children’s safety as some are home alone for longer. It also places an unfair burden on families with kids in day care who must pay for extra supervision.

The school board has been discussing the issue, but does not see how it can change as it is looking at a $130 million budget gap.

“If FCPS wishes to change Mondays to a six and a half hour day, there would be about a seven percent increase in teacher salary costs,” Dranesville school board rep Jane Strauss said last June.

“If the Tuesday through Friday schedule were shortened and the time added back to Monday, there might not be any cost,” she added. “However, elementary teachers would not get the block of planning time. Many teachers would likely have great concern about this. They already have an increased work load and struggle to complete the required planning and analysis within the current time structure.”