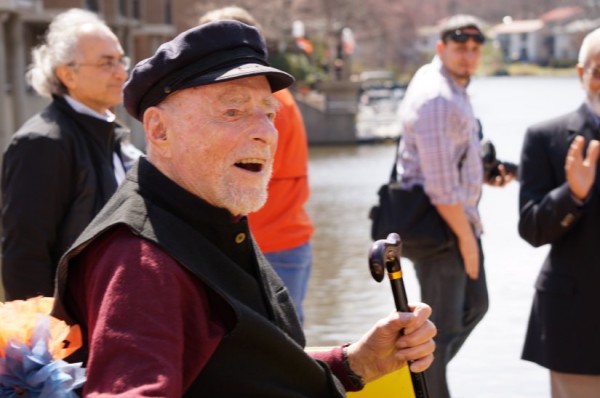 The new centurion will cap a week of celebrations, toasts and other tributes by donning a tuxedo and serving as honorary co-chair of Thursday’s 2014 Best of Reston Gala at the Hyatt Regency Reston. Simon, who also co-chaired the event last year, set a goal for the two years of raising $1 million in two years for local nonprofit Cornerstones.

Simon was born in New York City on April 10, 1914. Now he calls the 13th floor of Lake Anne’s Heron House home. His secret to life? A daily walk around Lake Anne Plaza, the original vision he had for a “New Town” built around village centers. Also, a daily martini.

Have birthday greetings for Simon? Write them in the comments below.