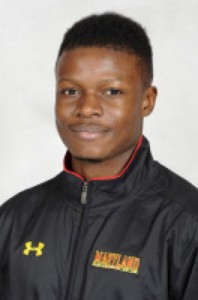 Suli Dainkeh, a former South Lakes High School soccer standout, has been named to the U.S. Men’s Under 20 National Team for a major tournament in Dallas next week.

Dainkeh, a defender, played his first season at University of Maryland last fall. The Terps made it to the national championship game, where they lost to Notre Dame.

Dainkeh, who will start for the U.S. at the Dallas Cup, played midfield for the Seahawks. He was named 2103 Gatorade State Player of the Year in Virginia and was a First Team All-Met, All-Region and Liberty District selection. He helped lead the Seahawks to a 12-1 regular-season record last spring.

Read more about Dainkeh’s journey from Sierra Leone to Reston.