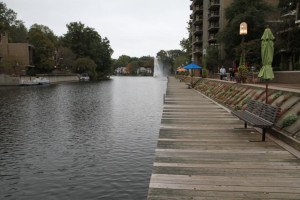 The Reston Association Board of Directors has called a special meeting for June 12 to revisit who can get an exemption from using RELAC.

RELAC is the much-maligned cooling system powered by lake water and used by about 300 homes in the Lake Anne area. When it was installed in the mid-1960s, it was touted as quiet and environmentally friendly.

But as time went on, the system was found by many customers to be inefficient and mold producing. Furthermore, prices have risen rapidly the last few years, users say.

Homes that have a RELAC system are bound by deed to use it unless owners can show a reason for a medical exemption.

The RA board has been discussing changes to the RELAC policy since last year. It was slated to be revisited by February.

The issue: who should be able to obtain an exemption? Should a person have to prove a medical issue, and should that issue be called a handicap? What documentation must they show? And should that exemption be updated annually or should it be in place, as it currently is now, as long as the homeowner is in the home?

Those ideas were not received well by many RELAC users, who attended the December RA meeting expressing privacy concerns and taking issue with being designated handicapped. That terminology is put in place because fair housing laws state that accommodations must be made for someone with a handicap, said RA attorney Ken Chadwick.

The RELAC issue has led some Lake Anne-area residents to organize a referendum to free them from RELAC. Washington Plaza Cluster resident John Hunter began the process over the winter.

“Our goal is to make it so people have a choice,” Hunter says. “If they are happy with RELAC, great. If not happy, then they can get off of it.”

Hunter, who has lived in his home about four years, used the medical exemption to get off of RELAC. He said the system could not reach the third floor of his townhome, where it was routinely 80 degrees in summer. He said he installed an electric heat pump at a cost of more than $6,000. He will still have to put the RELAC coil back in place when he sells the house, he said.

To get a change in the covenants, interested RELAC users would have to petition the RA Board of Directors. The board would then pay for a referendum of all RELAC customers. The vote would have to be a two-thirds majority in order for the board to consider the change.