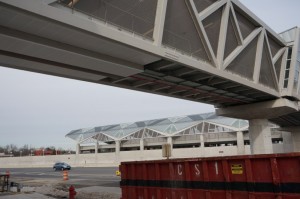 If you see a police presence near Wiehle Avenue and Sunset Hills Road Sunday morning, don’t be alarmed. It’s only a test.

Metro Transit Police and other law enforcement agencies are holding a security exercise at Wiehle-Reston East Station Sunday at 8 a.m.

Metro officials said earlier this week they would be conducting two emergency scenarios on the new Silver Line.

“The goal of the exercise is to build coordination and provide an opportunity to practice unified command in preparation for the opening of the Silver Line, which includes a number of jurisdictions who share responsibility for the areas surrounding the five new Metrorail stations.

In addition to Metro Transit Police, participants in the exercise will include the Fairfax County Police Department, Virginia State Police, and the Metropolitan Washington Airports Authority Police.  The Fairfax County Fire and Rescue Department will provide support.”

The exercise, which is closed to media and public, will take several hours.

Later in the month, public safety groups will conduct an emergency drill on one of the aerial Metro platforms near the Spring Hill station.

The Silver Line reached operational readiness on Tuesday, transferring from Metropolitan Washington Transit Authority’s control to Metro’s control. Metro is now in a 90-day testing and training period, which puts the $2.9 billion, five-station extension on pace to open in August.

“We feel we are in a very good position,” Troup said in response to a question about opening this summer. “We are working closely with MWAA, and they have allowed us to get our personnel in there early and we have done training for station managers [and other personnel].  I don’t want to give anything definitive. We may have to push [the opening] beyond if we find something of concern to us.”