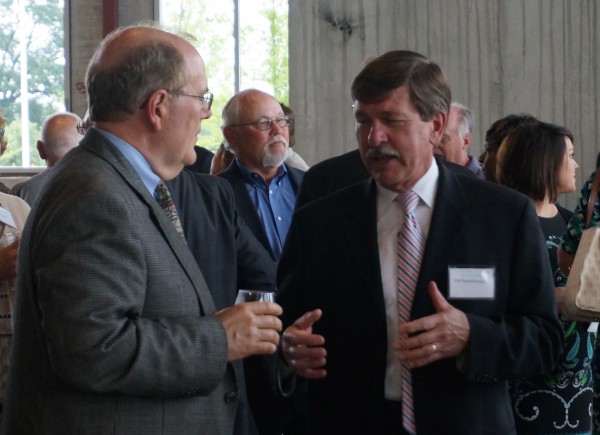 Metro’s Board of Directors on Thursday voted to give Metro Executive Director Richard Sarles the authority to set the opening date for the Silver Line rail extension to Reston.

But the wait for that opening date will go on for a while longer. The transit agency will continue its 90-day testing and training period that gets the 11-mile addition ready for passengers. Metro began the 90-day period on May 27.

Metro officials said earlier this week they are concerned by the slow pace by Dulles Transit Partners, the contractor for Metropolitan Washington Airports Authority that built the $2.9 billion Phase I. MWAA and Metro agreed in April that a list of 33 items could be finished after rail line was handed over the Metro.

They also refused to confirm a report by WAMU that the Silver Line would open July 28.

Metro Deputy GM Rob Troup said Monday only 4 or 5 items have been addressed. At a the Dulles Corridor Rail Association’s spring meeting in Reston Thursday night, MWAA Project Director Sam Carnaggio said “we are 25 percent through that list, despite what you may have read.”

“I have confidence we are almost there,” he said.

“This was a great project, a great job, and I wanted to be here until the end,” he said, adding he is confident that MWAA will complete the remaining items soon.

The DCRA reception took place in a large, open space that will eventually be Reston Station’s retail center.

Thus far, there are no signed tenants for the space, which sits atop the Wiehle-Reston East Station’s 3,300-space parking garage. The parking garage is a joint project from developer Comstock and Fairfax County. Comstock spokeswoman Maggie Parker said the company hopes to have retail tenant information soon.

Rep. Gerry Connolly (D-VA 11) says the opening of the Silver Line, whose Phase I will run from Tysons Corner to Reston, will mark an important milestone in turning the Dulles corridor into “the most important corridor in the nation’s capital except downtown itself.”

“People talk about the Arlington-Ballston corridor as being [an important business center],” he said. “This corridor is seven times the size. When we began talking about rail to Dulles, this area was 4 percent of the [Gross Domestic Product] for the region. Now it is 35 percent.”

Phase 2, which will run from Wiehle Avenue to Dulles International Airport and into Loudoun County, is expected to open in 2018.

Carnaggio said Thursday that design work on the second phase is 55 percent complete.