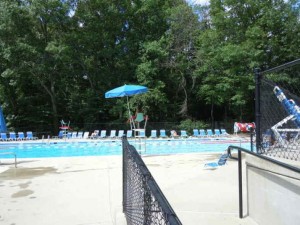 A man was arrested on Thursday after he allegedly had inappropriate contact with a minor at the Glade Pool, Fairfax County Police said.

Fairfax County Police Public Information Officer Ludy Caldwell said police responded to a complaint of a sex offense involving an adult male and a minor at the pool located at 11550 Glade Dr. in Reston at around 3:30 p.m.

Following an investigation, a suspect was arrested. Dharam Jindal, 60, of Shadbush Court in Reston, was charged with carnal knowledge with a minor, said Caldwell. The suspect being held without bond at the the Fairfax County Adult Detention Center.

Reston Association says it is cooperating with police in the investigation. The mens’ locker room was investigated as a crime scene on Thursday, but is now reopened, RA officials said.

END_OF_DOCUMENT_TOKEN_TO_BE_REPLACED

More Stories
Park Master Plan Provides Framework, But Not Necessarily FacilitiesHow to Spot When Cat is in Pain