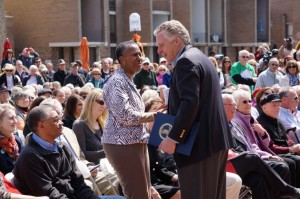 The countdown has begun to the July 26 opening of Metro’s Silver Line. Reston Now will bring you updates on what you need to know as Wiehle-Reston East prepares to open.

The ribbon cutting takes place at 10 a.m. The open house will run from 10 a.m. to 3 p.m. Visitors can check out 3,300-space parking garage and dedicated bike room. For more details, read this previous Reston Now article.

Sunday, July 20 begins six days of simulated service, which will familiarize Metro employees and finalize train schedules under real-time conditions.  Here is an overview from Fairfax County and Metro of how simulation trains will operate:

The 11-mile rail extension officially opens when the first car will leave Wiehle-Reston East at noon on July 26. More details about opening day can be found in this previous Reston Now post.