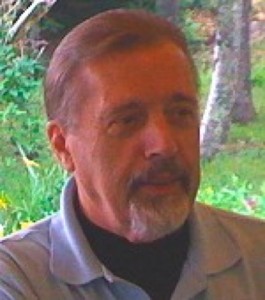 Reston-based actor Ralph Cosham died on Tuesday after an illness. He was 78.

Cosham, a British-born former journalist, was a regular for many years in productions at Washington’s Arena Stage and Shakespeare Theatre.

Since 1992, Cosham’s distinctive voice had been used for more than 100 audiobook recordings, some using the pseudonym Geoffrey Howard.

He won an Audio Publisher’s Audie Award for best mystery and AudioFile Earphones and Library Journal awards for best audiobook.

Some of the classics Cosham recorded in recent years: The Time Machine, Heart of Darkness, Frankenstein, Around the World in Eighty Days, Alice in Wonderland, and Watership Down.

His best-known audiobooks were as the voice of Armand Gamache in Candadian author Louise Penny’s Chief Inspector Gamache mystery series.

He recorded many of the books in his home studio in Reston.

“For me, if you don’t get Gamache, the series is lost to you, Penny told the Washington Post earlier this year. “Ralph brings him alive, I think, because he understands Gamache.”

Cosham also appeared in several movies. Among his film credits: Supreme Court Justice Jensen in The Pelican Brief (1993); a driver in Shadow Conspiracy (1997); Judge Assel Steward in Suspect (1987); a Marine Lieutenant in Starman (1984).