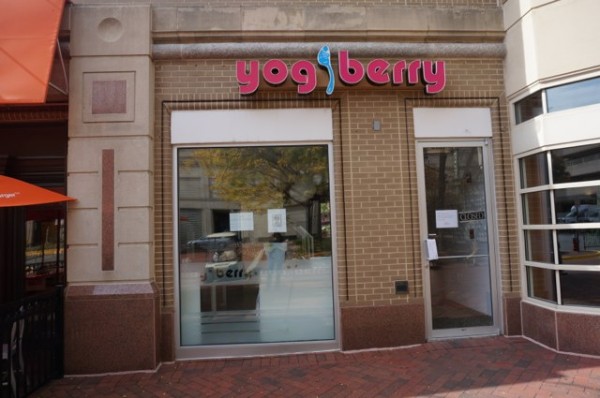 Yogiberry shops at South Lakes Village Center and at Reston Town Center have temporarily closed. The froyo spots have been in Reston since the fall of 2012.

Reston’s Yogiberrys, part of a network of shops in D.C., Maryland and Virginia, put up a sign last week that it will be closed for the winter.

Reads the signs at both Reston locations:

We’re CLOSED for the WINTER but we’ll be back in MARCH.

Even though the owners say they will reopen, current conditions do not bode well. Yogiberry, which had 11 area locations as of last year, recently closed in College Park, Pentagon City, Olney and Friendship Heights. according to Yelp listings.