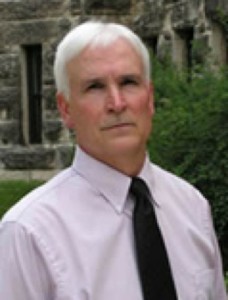 As fear over Ebola spreading in the United States has increased during the last several weeks, researchers Jerry and Nancy Jaax were reminded of another time and place: Reston in October of 1989.

Twenty-five years ago, the husband-and-wife researchers, then working for the United States Medical Research Institute of Infectious Diseases (USAMRIID), were called to Reston, where monkeys in a lab at Isaac Newton Square’s Hazleton Labs had contracted a puzzling deadly disease.

That disease is now called Ebola Reston. The Jaaxs’ contributions were chronicled in the bestselling book, The Hot Zone.

The Jaaxes were part of the team that determined how Ebola Reston was spread (contact with an infected animal), why some humans tested positive but never got sick, how to keep it from spreading and how to effectively disinfect the lab where hundreds of monkeys either died or were euthanized.

Ebola Reston remains the only one of the five forms of the disease that is not fatal to humans. Ebola Zaire is the strain that has killed close to 2,500 persons in West Africa this year.

Jerry Jaax, who is now Kansas State University’s associate vice president for research compliance as well as a university veterinarian, says that the Dallas hospital — and all U.S. hospitals — need to be prepared for all possibilities.

“There was no real excuse for a major hospital not to have some meetings and a team of people to handle this,” he said in a phone interview on Monday. “It was inevitable that someone would walk off a plane and present at a U.S. emergency room. I would think they would at least have had a skeleton plan and basic equipment.”

Here is what else the Jaaxes had to say about Ebola Reston, Ebola in the U.S. and the future of the disease.

Q: Have things changed much in infectious disease since the late 1980s, when Ebola Reston was discovered?

Jerry Jaax: Yes and no. When the outbreak was discovered in Reston, there were only two kinds of Ebola. Zaire (the type that is affecting Africa now) and Sudan, which has a very high mortality rate. When we were called to Reston, Ebola had never been reported in monkeys.

When you look at all the angst in this county now, back then only 1 out of 1,000 people had ever even head of Ebola. There wasn’t this tremendous response. There wasn’t the media coverage, which has really ratcheted up the fear.

In retrospect, it made what we were doing a lot easier. We were able to do our thing in relative anonymity. We absolutely were not ready for anything to happen. We really had to cobble together a response in a short period of time. We had to go down [to Reston] and not get people sick.

Q: What kind of a protocol did you come up with to keep the virus contained and keep people safe?

JJ: [The priorities were] keeping the virus in the facility and protecting people in the surrounding area and making sure our people were safe.

We had procedures and personal protective equipment. And we are rightly proud — it all worked out. Forty people were at risk [in the Reston lab]. Not one became affected. That is a demonstrable success.

Q: What kind of challenges were there in dealing with the sick monkeys and the unknowns of the new virus?

JJ: It was pretty rough. We had 400 to 500 animals, and they are very active. Monkeys have a tremendous ability to generate aerosols. You couldn’t just say to then ‘Give me your hand.’ We had trouble seeing because the aerosols would fog up our gear. It was very difficult.

I sort of appreciate the whirlpool medical folks are in right now. But it is obvious [Texas Health Presbyterian Hospital in] Dallas really didn’t think it through very carefully.

Q: How have we done in the the U.S. in the last 25 years as far as getting those procedures in place?

JJ: My sense of it is certainly the federal government since Sept. 11, 2001 has been trying to prepare first responders and hospitals and public health officials for bioterrorism and emerging infectious disease.

In my view, they were saying ‘we can handle this.’ So it was disappointing what happened down there, how poorly they handled Mr. Duncan when he presented. Ebola probably wasn’t the thing people were thinking about.

Reston put Ebola on the map [In the US] but it was very much a mystery disease. We had no significant outbreaks and no significant threat that Ebola would get here. Flu, MERS, SARS, these are diseases that have much more of an early transmissible risk. People were not really thinking about Ebola, but we should have had the right equipment on hand.

Q: So with Mr. Duncan’s death and two nurses being treated for the disease, do you think the CDC and hospitals will do better now?

JJ: I think it is safe to say hospitals are preparing now. My sense is trying to prepare for something like this is expensive. But you would have to be living under a rock now to see what happened in Dallas and not be planning.

Q: Reston Ebola is different in that is spread from room to room and only affects monkeys. Could it mutate though?

JJ: We have followed the outbreaks closely. There doesn’t seem to be any real evidence that aerosol transmission is a factor. We are a strong believer in droplet. If someone coughed or sneezed on you and had Ebola, that would be worrisome. But if you sit across the hall or room, I think your chances of getting sick are exceedingly very remote.

Q: In Reston, the lab was torn down in 1995 and has been a child care center ever since. Should people be reassured by this?

JJ: This is a not a persistent virus. It is not like Anthrax [which can live in soil]. It is successfully disinfected with bleach and ultraviolet light. There is no chance of residual Ebola in Reston.

We live in Kansas City and are talking to you from San Antonio today. We flew through Dallas. I would not even give it a second thought in taking all four of my grandkids to the Dallas Zoo. You have to put it in context. We have one clinical case [in the U.S.]. He walked through a door. He came from West Africa. The clinic unfortunately made some mistakes. They sent him home. He interacted with people. He got sick. He came back. And by all accounts, the hospital was not prepared.

But the people he interacted with were quarantined and did not get sick. And the two additional cases were occupational exposures, which are risks you take in the type of work you do.

Q: So what lessons have been learned?

NJ: People have to be signed up to deal with the disease and they have to practice, practice, practice. Anyone who has really worked with the virus would not dream of [not being in full protective gear] unless they had no other choice.