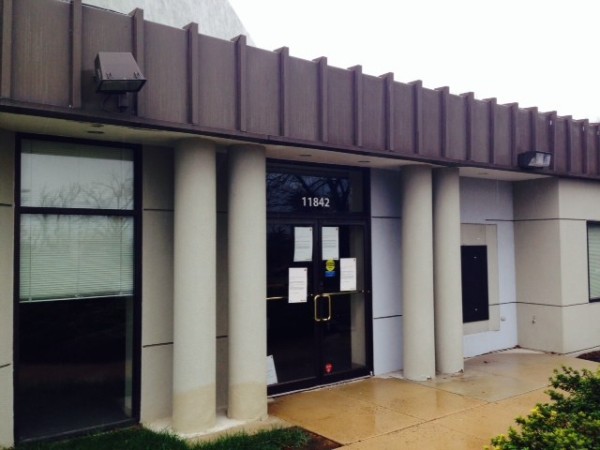 The building has been empty ever since. The space shares the parking lot with an eclectic mix — a 7-Eleven, Reston Kabob, Popeyes, the Reston International Center office building, and a little farther down, Chili’s.

The International Center area is expected to undergo major changes eventually. In 2013, the Fairfax County Board of Supervisors approved the plans for a large mixed-use development there.

The plans will enhance the Reston Heights area built in the last several years. That area includes the Westin Reston Heights, the Mercer Condominium and office buildings.

The new phase will potentially have a new grocery and neighborhood retail space and will be a pedestrian friendly, urban-type streetscape with mid-rise residential above, says JBG Companies, the project developers.

Some of the highlights of the design proposal from Cunningham Quill Architects and Olin, a landscape architecture firm: