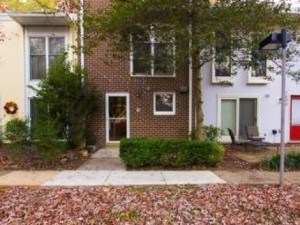 The Reston Association Board voted on Thursday to authorize a referendum for the 343 users of the RELAC air-conditioning system.

The 343 Lake Anne-area homeowners are bound by the Reston deed to use the lakewater-cooled system which was touted as revolutionary in the mid-1960s, but has been met with frustration at its inefficiency in recent years.

Some users have complained it is expensive, mold producing and cannot cool the top floors of some of the townhomes. Several homeowners have used a medical exemption to allowed to install, at their own expense, an additional air conditioning system.

The RA board approved the referendum for January. The question to be asked:

At the public hearing portion of Thursday’s regular board meeting, several RELAC users spoke in favor of keeping the system, one calling it an “aesthetic catastrophe” to change the system. Others asked that the referendum be delayed until summer, so users would have more time to see how it is running under new management.

“As far as I am concerned, there is nothing wrong with system and I would like to stick to the status quo. Allowing homeowners to get off RELAC may raise rates. In the worst case, RELAC may no longer be possible, and collapse. If this happens, it will force other homeowners to seek other systems, which may cost thousands of dollars.”

“Those of us in favor of referendum are not trying to kill RELAC, but we want a choice,” he said. “It is a faulty system.”

Travis said he does not think the only alternative is a “loud air conditioning unit.”

“Units today are extremely quiet,” he said. “Street traffic is louder than what you will hear from an air conditioner.”

In other RA Board news:

The Board voted that the 2015 assessment rate will be $642. It also established a reduced rate of 50 percent for property owners qualifying for Fairfax County real estate tax relief.

The Board authorized $30,000 to hire an urban planning consultant as Reston and $30,000 to conduct a parks and recreation survey that will be useful for the next budget planning round for 2016-17. The money is available in the budget, RA directors said.

Photo: Townhomes on Wainwright are on the RELAC system