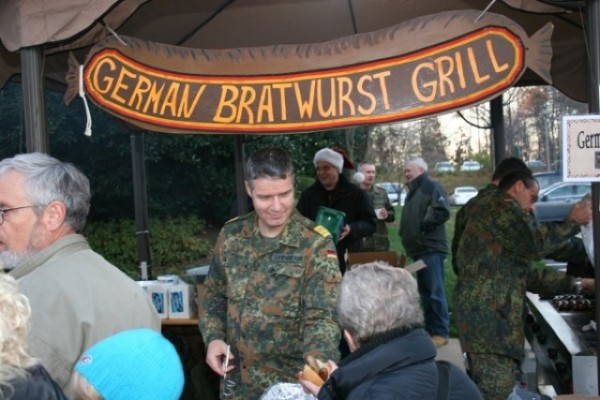 Get ready to kick off the Christmas season on Thursday, Dec. 4, when the German Armed Forces hosts its annual Christkindlmarket in Reston.

The German Armed Forces, which has an office in Reston (where you can also see a piece of the Berlin Wall on display), turns over the parking lot of 11150 Sunrise Valley Dr. into a traditional German outdoor Christmas fair.

The festival is fun for the whole family. There are games, crafts to purchase, entertainment, and German food and beer. The event is free, but some of the food, beer and merchandise cost money. Proceeds from the event benefit Cornerstones.

The festival runs from 4 to 9 p.m. Most of it is outdoors, so dress accordingly.