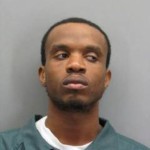 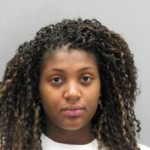 Fairfax County Police detectives have charged two men and a woman in connection with a series of car larcenies, burglaries and credit card thefts that have taken place in Western Fairfax County since August.

Police said the suspects were allegedly entering vehicles in the pre-dawn hours, rifling through items and taking credit cards, cash and other items of value. In some cases, garage door openers may have been taken and used to enter homes.

All three suspects are from the Herndon area police said. They have arrested Ezekiel Pajibo, 25,; Marion Pajibo, 18;  and Nicholas McCloud, 22.

Typically, stolen credit cards were used at local stores, such as Wal-Mart and Target to make purchases. Police were alerted and worked closely with store security personnel to identify evidence relating to the crimes through video.

After uncovering positive identification on possible suspects, detectives continued their comprehensive investigation and three were charged on Dec. 1 and 5; resulting in a total of over a dozen charges. The investigation is ongoing.

During the holiday season, and at all times, police remind residents to lock their car doors. Vehicle larcenies are not rare and police want residents to take all reasonable precautions to prevent from becoming victimized during the busy holiday season. Make sure to check online credit card statements frequently to ensure your cards haven’t been stolen or compromised.