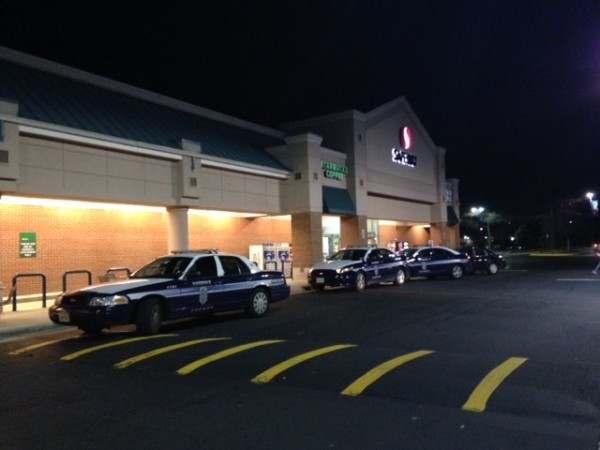 Fairfax County Police are searching for a suspect who robbed the Sun Trust Branch inside a crowded Safeway store on Monday afternoon.

The man got away from Safeway at Hunters Woods Village Center with an undisclosed amount of money just after 5 p.m. — during the busy late afternoon shopping time, said FCPD public information officer Don Gotthardt.

Police cars descended on the shopping center, as did the FCPD helicopter as it searched for the suspect by air.

The suspect was described as a black man, in his mid-20s, wearing a red jacket with black stripes.

This is the third Reston bank robbery in the last month.

Last week, the Wells Fargo branch at Reston Town Center was robbed. The suspect told the teller he has a weapon and demanded money. In late November, the Presidential Bank at Reston Parkway and Baron Cameron was robbed.

Police are investigating to see whether the Hunters Woods robbery is related to the other Reston robberies.