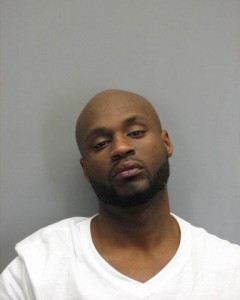 Jason Sharpe, 30, of Blueberry Lane in Fairfax has been charged in relation to crimes that took place on Dec. 10 and 15, police said.

Sharpe was arrested around noon on Wednesday, Dec. 31 while leaving a friend’s home in the Reston area.

In addition to the bank robbery warrants, he was also charged with probation violation, and forgery and identity theft, stemming from warrants in Fredericksburg, Va. in October 2014, police said.

Detectives are continuing to investigate; Sharpe is being held at the Fairfax County Adult Detention Center.

Sharpe was identified after a joint investigation with the Federal Bureau of Investigation, U.S. Marshal’s Service, and the FCPD Robbery Section.

The Dec. 10 incident was a robbery at the Wells Fargo Branch at Reston Town Center.

The Dec. 15 robbery took place at the Sun Trust Branch inside the Safeway at Hunters Woods Village Center.

There were two other recent bank robberies in Reston — Nov. 26 at Presidential Bank on Reston Parkway and Dec. 29 at the PNC Branch inside the North Point Giant. Police have not charged Sharpe in those robberies.