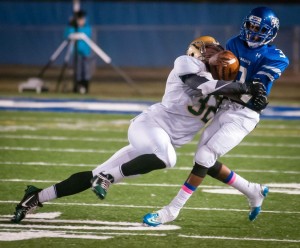 Home-schoolers in Reston and other Virginia locations are closer than ever to getting the right to play for their local high school teams.

After several years of failed attempts, the Virginia General Assembly this week passed legislation to allow home-schooled students to participate in public-school sports.

The measure is commonly known as the “Tebow bill.” It is named for Tim Tebow, the former NFL quarterback who was home-schooled and allowed to play football for his local high school.

The idea has been repeatedly passed by the Republican-heavy Virginia House of Delegates in recent sessions before being killed in the state Senate.

The Senate, which flipped from Democratic to Republican control last year, approved the bill Tuesday on a 22-13 vote. The bill now heads back to the House.

However, the bill leaves it up to local school boards whether to implement the policy.

Gov. Terry McAuliffe has not said whether he will sign it.