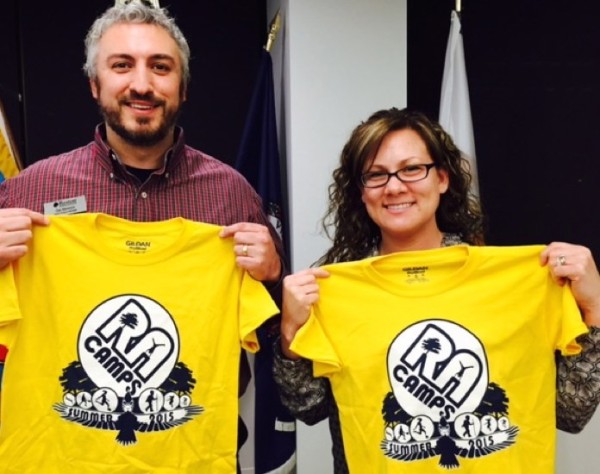 They are a familiar sight all over Reston: Reston Association Camp T-shirts on the backs of campers from ages 3 to 14. Kids in most of RA’s camps are required to wear the shirts daily.

The shirt design had not been updated in more than 15 years, said RA Camp Program Manager Dan Merenick said. So this year, the shirts have gotten an update. 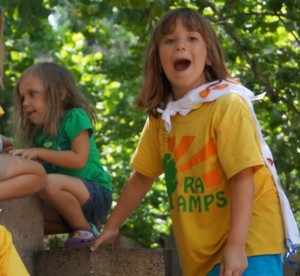 The new design features RA’s new mascot, Walker Woodpecker, with images of campers doing camper things such as hiking and playing soccer and and tennis.

“We are going to ask campers for their own versions of what to put on future shirts,” he said.

Graphics for the 2015 shirts were done in-house, so the new design did not cost RA anything, he added.

RA has printed 680 shirts for the season. The shirts are $8 for youth sizes and $10 for adults and are available at RA Headquarters.

There is no requirement to purchase the new shirt, though. The old shirt is still an acceptable uniform (and a badge of honor for veteran campers).

Space is still available in some of the 2015 programs. Visit Reston Association’s website for more information and registration.