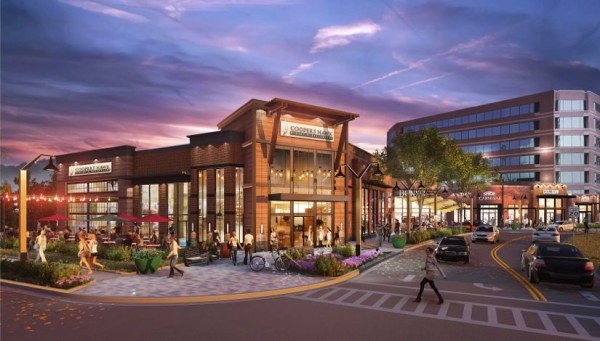 RTC West, the restaurant-and-retail complex that was just approved by the Fairfax County Board of Supervisors, has signed its first tenant.

Chicago-based Cooper’s Hawk Winery and Restaurant will be the anchor for 40,000 square feet of space at Sunset Hills Road and Town Center Parkway, the JBG Companies announced on Tuesday.

“This is our first step in repositioning RTC West from a suburban office park into a walkable and active neighborhood served by the Reston Town Center Metro,” Greg Trimmer, a JBG principal, said in a statement. “Our vision is to create a community environment with a strong focus on dining and service retail that will change a 9-to-5 location into a vibrant and social destination. Cooper’s Hawk will be a catalyst for this transformation, and we are very pleased to have them.”

Cooper’s Hawk launched in 2005 and offers modern, casual dining and 60 wines exclusive to the restaurant. There are 19 locations in eight states in the Midwest and South.

“We are excited to be expanding in the Washington-area market at RTC West,” said Tim McEnery, founder and CEO of Cooper’s Hawk Winery and Restaurant. “A decade in, Cooper’s Hawk is a unique concept that has enjoyed tremendous success through the quality of our food and wine, as well as our distinctive and relaxing environments.”

JBG said it expects to begin work on the new retail component late this summer and anticipates opening in mid-2017.