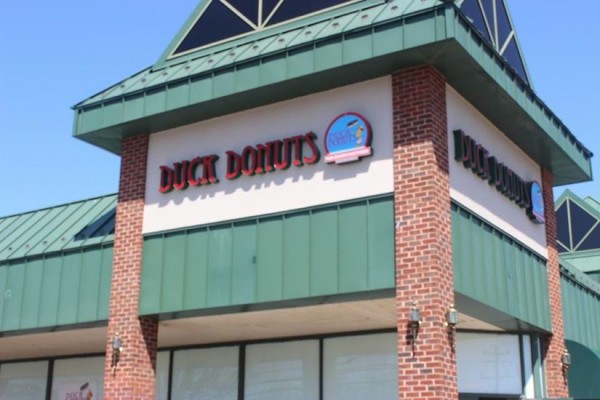 Duck Donuts is getting closer to opening in the Reston-Herndon area.

The popular Outer Banks doughnut shop is expanding in Virginia. It hopes to have the store at 300 Elden St. (in the former Milwaukee Custard space) open by the end of April, according to its Facebook page.

Crew have been busy renovating the storefront, and over the weekend the big Duck Donuts sign was put in place.

Recently, it has been offering franchise opportunities, and Virginia outposts are planned for Williamsburg, Charlottesville, Virginia Beach, as well as Herndon. Duck Donuts announced in December it was heading for the area.