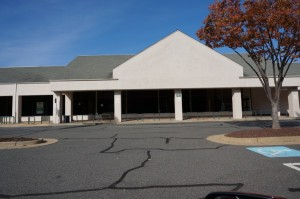 Tall Oaks Village Center could morph from a mostly vacant shopping plaza to a mixed-use residential and retail spot.

Reps from Tall Oaks’ new ownership, The Jefferson Apartment Group, will be at Reston Association headquarters, 12001 Sunrise Valley Dr., Thursday at 7 p.m. for a first look at what they have planned.

The Jefferson Apartment group has developed more than 18,000 rental units in 10 states, including Virginia. Locally, the company was developed the Residences at the Fairfax County Government Center, Tellus in Arlington, The Asher in Alexandria and the Jefferson at 14W, a seven-story, mixed-use luxury development in Northwest DC.

Tall Oaks is zoned industrial/commercial, so turning the 7.6-acre parcel into residential would likely involve rezoning, as well as approval by the RA Design Review Board, Fairfax County Planning Commission and the county Board of Supervisors.

What do do with Tall Oaks, which in the last several years has seen many tenants leave the village center without new ones opening, has been a subject discussed at length in Reston.

Last fall, residents at a Master Plan Phase 2 meeting suggested that it may be time to repurpose Tall Oaks‘ 18-acre site as something other than a retail center. The center is about a mile from the Wiehle-Reston East Metro.

The anchor space, which housed a Giant Foods and later two international grocery stores, has been empty for more than four years. The stand-alone former Burger King space has been vacant for nearly a decade. Other recent departures include El Manantial restaurant, Curves, 7-Eleven and Total Rehab Chiropractic.

It was suggested at the Phase 2 meetings last fall that Tall Oaks could survive as a convenience center with limited retail and the remaining space could be used for a variety of other purposes.

Can’t make it tonight? The Jefferson Group will be back at RA on Monday to make another presentation.