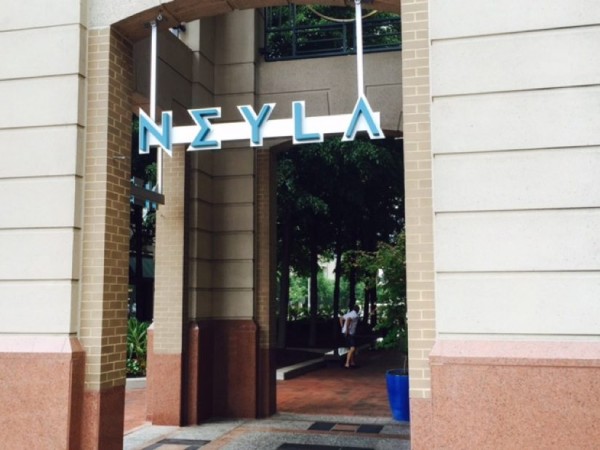 The restaurant is having a soft opening tomorrow, general manager Souheil Moussadik said. Moussadik said Neyla should be open to the public later in the week, but the exact date is not yet known pending permits and other opening-day necessities.

Paolo’s, one of the town center’s longest restaurant tenants, closed in early April. The Capital Restaurant Group, which owns both Paolo’s and Neyla, hired top D.C. restaurant designers HapstakDemetriou+ to give the space a new look. 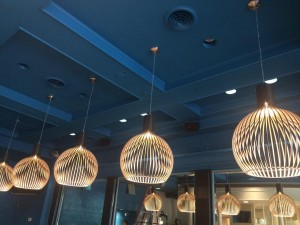 The restaurant space was given its design makeover in just three weeks, said Moussdik.

The dark wood of Paolo’s has been replaced by shades of white and cool blue, as well as new fixtures and serving pieces.

Of course, the menu has been revamped too. Neyla will serve mezze (small plates ) as well as a regular menu. The mezze list includes baby artichokes, roasted eggplant, stuffed grape leaves, chicken shwarma sliders and middle eastern kibbeh (beef dumplings), among others.

The restaurant is still hiring, says Moussedik. Stop by  11898 Market Street for an application.