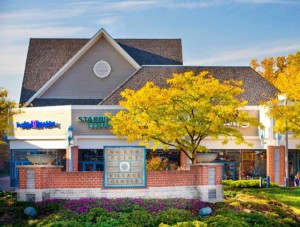 The Fairfax County Board of Supervisors approved changes to the Reston Master Plan on Tuesday. The changes will help guide growth at Reston’s village centers and neighborhoods going forward.

One of the new rules: Reston’s village centers will not have to get a comprehensive plan amendment should they want to drastically change.

When founder Bob Simon envisioned Reston in the 1960s, all the village centers were going to be like Lake Anne Village Center — high density (townhouses, apartments) housing, a plaza, central gathering place, walking access and parking on the perimeter.

But as Reston developed (Simon was no longer part of the project by the time the rest of the village centers were built), what was put in place was essentially strip mall shopping. Those plans deviated from the vision, but also provided convenience for residents who just wanted to park the car and easily grocery shop or pick up dry cleaning.

Other than a proposal for the ailing Tall Oaks Village Center and the plan for the area near, but not in, Lake Anne Plaza, there are no current plans to redevelop Reston’s village centers. So it is status quo for now — but what do you think should happen in the future? Stay the same or get back to the original plan? Take our poll and tell us in the comments.