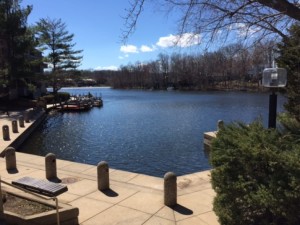 The Fairfax County Board of Supervisors on Tuesday unanimously approved changes to the Reston Master Plan that will provide guidelines for any changes to village centers and neighborhoods as Reston moves into its second 50 years.

The changes, commonly called Reston Master Plan Phase 2, ensure that future residential and commercial growth will be concentrated in the Town Center, the Transit Station Areas and the Village Centers; and the Vision and Planning Principles created in Phase 1 should apply to the whole of Reston.

Phase 1, which set standards for development close to transit centers at Wiehle-Reston East and Reston’s future Reston Parkway Metro Station, was approved by the county in early 2014.

Some of the vision and planning principles for both: that Reston place an emphasis on diversity of housing, affordability, walkability and the role plazas play as community gathering spaces.

Reston Association CEO Cate Fulkerson, one of a handful of speakers at the public hearing portion of  Tuesday’s meeting, requested that a sentence be added “Reston has always been a place where nature is valued and protected.”

“This summarizes the most important characteristic of Reston and needs to be incorporated,” she said.

Hunter Mill Supervisor Cathy Hudgins agreed, and suggested that it be added to a prominent place at the start of the final document.

Hudgins had some questions for county planning staff at the meeting. One of the questions centered on whether St. Johns Wood, the garden apartment complex owned by Bozzuto, can redevelop without a comprehensive plan amendment.

Bozzuto is in the early stages of proposing redevelopment to the complex near North Point.

The planning staff says Bozzuto will still have to go through the required process for redevelopment, including community meetings, plan submission, a county planning commission hearing and Board of Supervisors hearing and approval. There is also a separate Reston Association Design Review Board approval process.

Staff also confirmed that the process to redevelop Tall Oaks Village Center is still a long one. The master plan changes in general remove the requirement for village centers to undergo a comprehensive plan amendment should they be redeveloped.

For Tall Oaks specifically, the plan says “the redevelopment plan may include a significantly reduced non-residential component and that any redevelopment should emphasize quality design and and the creation of a neighborhood gathering place.”

The Jefferson Apartment Group (JAG), which purchased the nearly vacant Tall Oaks in December, is also in the early stages of a plan that would transform the village center into 154 homes with a small amount of retail. JAG has held two community meetings and will likely hold more before formally filing any site plans for approval.

“Tall Oaks is not functioning today,” said Hudgins. “It has an opportunity to be a true village center. ”

Bob Simon, Reston’s 101-year-old founder, hopes that Tall Oaks — and any other future village center redevelopment — will be a better example of the vision he had when he planned Reston in the early 1960s.

“The opening in 1965 of Reston involved 227 townhouses and 60 high rise units and smattering of retail,” Simon said on Tuesday. “It was not a big deal, however, to our amazement it turned out to be an international phenomenon.”

“Over the years, I have tried to analyze what happened to that little development,” he said. “I think what happened was reintroducing to the U.S. to a gathering place called a plaza. I was fired in 1967, and my successors did not appreciate the plaza.”

The village centers that were then built (South Lakes, North Point, Tall Oaks and Hunters Woods) were not “important social venues, but strip centers,” Simon said. He said he would like to see them all redeveloped.