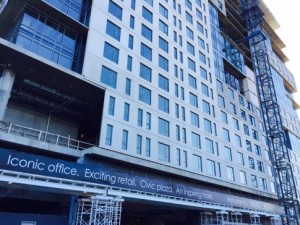 The Reston Association Board of Directors voted unanimously on Thursday to add Comstock’s BLVD residences to the association, potentially paving the way for other new buildings to become RA properties but at a different assessment structure.

Under the new model, the association will receive an initiation fee and/or proffers from developers.

Residents will not initially have to pay RA assessments. BLVD, which will begin leasing 540 units at Reston Station this fall, is built in Reston’s former industrial corridor and is not required to join RA. Also, it will have extensive on-site amenities, so residents should not require all of RA’s membership benefits.

Comstock has agreed to pay $300,000 of an expected $650,000 in proffers to RA as an association initiation fee. Comstock’s payment will go towards the refurbishment of the Tetra Building, which RA is in the process of purchasing for community space. Comstock will get naming rights to the building for 10 years.

BLVD will offer to residents optional RA recreational packages, which will give residents access to RA pools, tennis courts and camp priority, for $350 annually.

When and if the building goes condo, residents will pay 50 percent of the RA full-member assessment (currently $642 annually), according to RA and Comstock’s Memorandum of Understanding (MOU). Those members will still have to pay an additional fee for RA recreation access, RA CEO Cate Fulkerson said.

BLVD will not be under the guidelines of the RA Design Review Board. Its design guidelines were already approved by the county as part of the initial plans in 2010.

The upcoming Bozzuto residential building, which will have 421 units across Reston Station Boulevard from BLVD, will also likely be added to the association in the same manner, Fulkerson said.

Along with bringing new revenue into the association, adding former industrial corridor properties to RA will help create a more unified Reston, she added.

“With the Silver Line spurring new mixed use development in those areas, we believe it is important to bring the corridor properties into our organization to make one Reston,” said Reston Association CEO Cate Fulkerson. “More than anything, so that the people who are coming into our community have a sense of place, that they belong to all of Reston and are not separated or treated differently.”

The board also passed a motion to begin adding future corridor properties using a list of eight options recently adopted by RA.