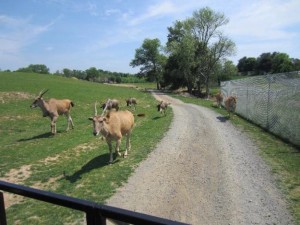 Mogensen said Lawrence’s “expertise in the overall operation of Catoctin Wildlife Preserve and Zoo, including daily administration of all departments, and his enthusiasm to move our organization forward translates into exciting changes for the Zoo and our community.”

Reston Zoo has been in the news lately because of USDA complaints against the Gulf Breeze Zoo, a Mogensen-owned zoo in Florida. Eric Mogensen responded to those charges in a Reston Now Op Ed last week.