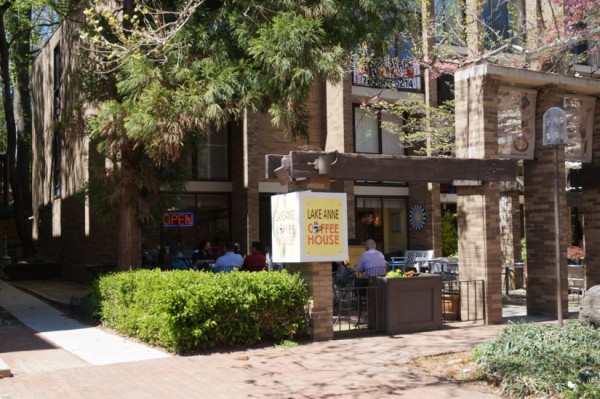 The coffee house on the plaza, which has been for sale for more than a year, has been purchased by Realtor Eve Thompson and her husband Rick. (Note: Eve Thompson’s Reston Real Estate is also a Reston Now sponsor)

Current owners Susan and Jimmy Sohn have operated the coffee shop for nearly nine years. They told Reston Now in 2014 that they want to sell and retire.

Eve Thompson said she wants to create a gathering space in the lakeside location.

The Thompsons said they expect to close on the deal later this month. They will do a top-to-bottom renovation of the space, Eve Thompson said.

The Lake Anne Plaza area is about to undergo a multiyear revitalization project. The area containing the coffee house is not planned for renovation, but will eventually be part of a wider boulevard leading to the historic inner plaza.