There are several upcoming funeral and memorial services for the three former Herndon High School students who were killed in a Texas car crash last Friday.

Holly Novak, 18, Kyle Mathers, 19, and Dale Neibaur, 19, were killed when a wrong-way driver slammed into them near Dallas as they headed to a video game convention last week. The driver, Kenneth Frazier, 78, also died in the crash.

Two other teens in the SUV, Kevin DiCicco and Hannah Galbraith, both students at University of Mary Washington, were injured in the crash. They are continuing to recover in a hospital.

Novak, Mathers, Neibaur and DiCicco were all members of the Pride of Herndon Marching Band. They graduated in 2014. 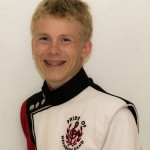 Mathers’ funeral will be today at 11 a.m. at Trinity Presbyterian Church, 651 Dranesville Rd. in Herndon.

In lieu of flowers, donations of remembrance can be made to the Herndon Band Relief Fund, which will help the families with funeral expenses. 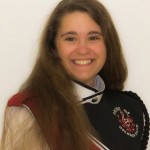 A funeral for Holly Novak, who lived in Reston, will be Saturday in Calumet, Mich.

There will also be a local memorial service on Monday, Aug. 17 at 3 p.m. at Reston Bible Church, 45650 Oakbrook Ct, Sterling. A reception will follow the service for friends and family.

In lieu of flowers, contributions may be made to either of Holly’s favorite charities: 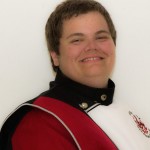 A Memorial Service for Dale Neibaur will be held at 11 a.m. on Saturday at Trinity Presbyterian Church, 651 Dranesville Rd, Herndon. A reception will follow the service in the Fellowship Hall.

On Sunday, hundreds of current and former Herndon High School band members, along with friends and family, attended an emotional joint vigil at Trinity Presbyterian.

Community members are also organizing meals and restaurant gift cards for the families for the coming weeks. Follow this Sign Up Genius link if you wish to contribute.