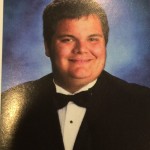 Hannah Galbraith, 18, of Virginia Beach, and Kevin DiCicco, 19, of Herndon, both rising sophomores at University of Mary Washington, are being treated at Parkland Hospital in Dallas.

Their friends Kyle Mathers, Dale Neibaur and Holly Novak — all members of the Herndon High School Class of 2014 — were killed in the accident early Friday morning. 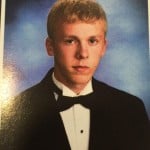 Texas Department of Public Safety Trooper Kyle Bradford said the accident occurred about 2 a.m., when an elderly wrong-way driver hit the teens’ SUV head-on as they drove down Interstate 30 heading to a weekend video game conference in Austin.

Bradford told Reston Now there appears to be no evidence of alcohol or drugs for Frazier, but toxicology results will take several weeks. 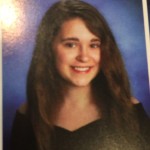 “There is nothing that stood out,” he said. “No beer cans or anything. Most often investigations like this lead to alcohol or drugs, but sometimes it can lead to an elderly driver with impairments.”

“Our thoughts and prayers go out to the families and friends of these young people,” he said. “We think of Herndon High School as one big family, and we mourn the loss of these three young people who had such promising futures.”

Bates said counselors will be at Herndon High School next week in the event that anyone needs to talk to them.

“They were known for taking underclassmen under their wing,” she said. “They really shaped the way our band is now.”

Jacoby said the band community is “full of grief and in a state of shock right now.” Students and former students gathered late into the night Friday sharing stories and making a poster board of memories of their friends.

There will be a vigil for the five Sunday at 6 p.m. at Trinity Presbyterian Church, 651 Dranesville Rd., in Herndon.

Vigil organizers said many people will be bringing instruments and to “please feel free to bring yours and join in.” Also, Novak’s mother has requested attendees wear blue, which was Holly’s favorite color.

The students will also paint the rock in front of the high school with a memorial message on Saturday afternoon, said Jacoby.

“Another band member from about 15 years ago also left us too soon,” she said. “He said ‘We March On.’ That has been our band motto.”

The current band members are brainstorming other ways to honor their friends. They may add the Macarena to their stand tunes at football games (the number was a running joke among the musicians), as well as a moment of silence before rehearsals this year and a band room memorial. Band practice begins Monday at Herndon.

All three of the students who were killed were special in their own way, Jacoby said. Neibaur was a gentle giant, always smiling, she said.

“He was a teddy bear with so much love in his heart,” she said of Neibaur.

Novak was bookish and was a leader even before she was chosen to be the band’s drum major, said Jacoby.

Catherine Lambert, a former bandmate, said Novak “was the first friend I made in high school, since we both played flute.”

“Our senior year Holly was one of our drum majors. That year, the students chose her for the “Best Senior” award, and the administrators gave her the Esprit de Corps award for her extreme dedication, said Lambert.

Lambert said Novak dubbed herself “Mama Duck.” She always counted her group, her “ducklings,” when they explored Hawaii together when the band marched in the Pearl Harbor Day Parade last year.

“She was a nurturer, treating her friends like her own children,” said Lambert.

Mathers was “the biggest prankster” but also a natural leader, said Jacoby. Mathers organized and captained the Pride of Herndon’s Relay for Life team.

“He was always brainstorming things to do,” she said. “Whether it was a church mission to build a house or to hang flamingos from the band room ceiling.”

“On the bus to [a band competition in] Orlando during our junior year, Kyle had the idea to hold a lime-eating contest,” she said. “The catch was that we couldn’t use out hands, just teeth. We quickly learned that lime rind tastes horrendous and agreed to do it again on the ride back.”

Jacoby said she is touched knowing the Herndon students were still bonded more than a year after graduation. Mathers and Novak attended Northern Virginia Community College; Neibaur reportedly worked at a nearby restaurant.

“You develop such a bond in high school band,” said Jacoby. “None of them were music majors. But the band was a glue. It brought them together and even though they were on separate paths they were still united.”