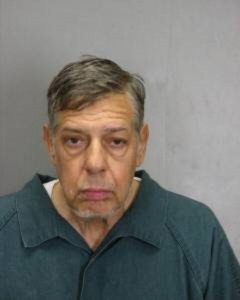 Fairfax County Police are investigating the death of a prisoner Saturday night.

Guida was taken to Inova Fairfax Hospital at 11:28 p.m. and was pronounced dead 20 minutes later.

Detectives are required to investigate all in-custody deaths, FCPD says.

The Office of the Medical Examiner will determine the cause and manner of death pending an autopsy.

Police said they will provide an update on the investigation within 30 days, or as soon as it becomes available.

Guida was jailed on charges of violating of a protective order and was being held without bond since Oct. 1. Guida suffered from extensive medical conditions, police said.

The sheriff’s office said they knew of no physical altercation or other conflict that would lead to the prisoner’s death.

Guida’s is the second in-custody death in the Fairfax jail this year. In February, Natasha McKenna, a 37-year-old who suffered from schizophrenia, died at Inova Fairfax Hospital after being tasered several times by deputies.

The Virginia medical examiner later ruled McKenna’s death was due to “excited delirium” due to physical restraint and use of the taser. The Fairfax Commonealth’s Attorney said last month that no criminal charges would be filed against the deputies involved in McKenna’s death.