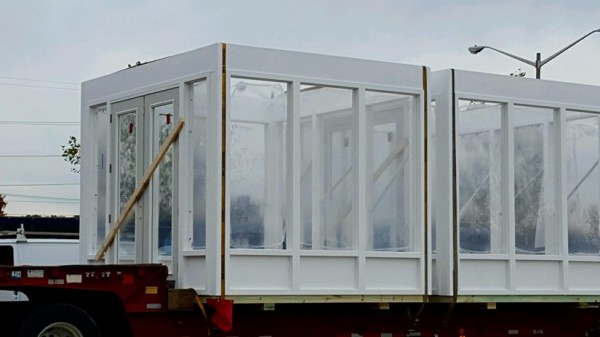 Comstock Partners says the first eight jewel-box pop up shops at Reston Station will be ready for business by the end of the month.

The developer announced two weeks ago that retail clients were heading for the plaza at the mixed-use development adjacent to the Wiehle-Reston East Metro station: a large outpost of Founding Farmers restaurant (in late 2016); and Urban Pop, pop-up retail booths for “emerging and artisan brands.”

The glass spaces to house the vendors are in the process of being installed, said Comstock spokeswoman Maggie Parker.

The shops, Phase One of Urban Pop, will open Thanksgiving week, sad Parker.

Phase Two, called Urban Pop Active, is scheduled to open in spring 2016. That will will include an outdoor piazza entertainment area in an open concept setting. Parker said there will be distinct gathering spots, microbars, food stands, and live entertainment.

“The holiday shopping season is the perfect time to open Urban Pop Shop at Reston Station,” said Parker. “Both large and small retailers are using pop-up retail to create fresh interest and excitement to discerning consumers who are turning to artisan shopping in a quest for quality, sustainability and authenticity.”