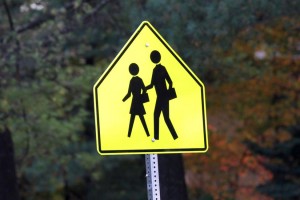 The Fairfax County Board of Supervisors on Tuesday approved nearly $11 million for 18 transportation projects that will improve pedestrian and bicycle access to the Wiehle-Reston East Metro station and the future Reston Town Center Metro Station.

The county has been discussing the infrastructure necessary for Reston’s transit areas since 2008, when the Silver Line was just an idea. See the Reston Metrorail Access Group (RMAG) report.

The board also approved projects in 2011 and 2012 to support Reston-area Silver Line access improvements. Those previously funded projects are either completed, under construction, or in design, the county says.

“Our Board supports these projects to help expand transportation options for Fairfax County residents,” said Fairfax County Board of Supervisors Chairman Sharon Bulova. “As more people are looking for ways to walk and bike to work, Fairfax County strives to make the infrastructure available for residents to use. These crosswalks, sidewalks and the W&OD trail access will also support the eventual opening of the new Phase II Silver Line stations.”

The Supervisors also approved a list of about $11 million in improvements for the Herndon Metrorail Station Access Management Study (HMSAMS) for future access to the Herndon station and in the Town Of Herndon.