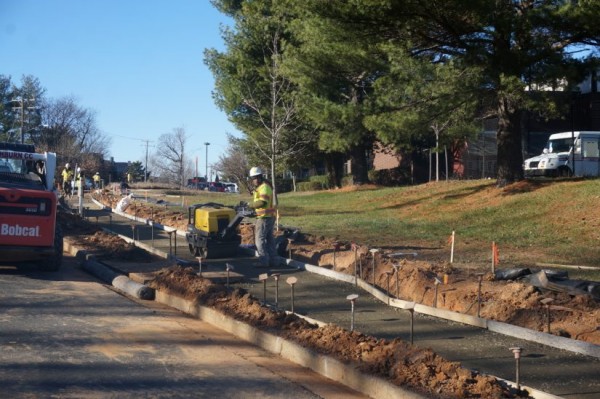 Fairfax County Department of Transportation crews are working on a sidewalk project that will better connect the W&OD Trail with the Wiehle-Reston East Metro station.

The work has affected the center turning lane, which has been blocked off this week as the concrete was poured.

The sidewalk is one of more than a dozen county and state transportation departments, as well as developers, are undertaking to improve pedestrian and bicycle access to Metro. In December, the Fairfax County Board of Supervisors also approved nearly $11 million for 18 more projects to boost bike and foot access to nearby Metro stations.

Several development applications have been filed to turn office areas off of Sunset Hills into residential developments, which means more people from the areas west of the Metro station will likely be walking along Sunset Hills.