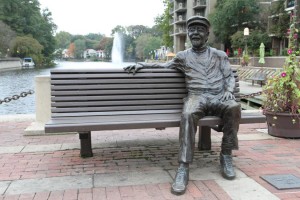 More than a year after Lake Anne Plaza lost its mini post office with the closure of Lakeside Pharmacy, it is getting a new one — this time inside a chocolate shop.

The Robert E. Simon Contract Postal Unit (CPU) will have its grand opening on Saturday at 11 a.m. The CPU — named for Reston’s founder, who died in September — will be located in Chesapeake Chocolates at 11426 Washington Plaza West.

A CPU is a merchant-owned site operated by the supplier under contract to the U.S. Postal Service, a USPS spokesman said. 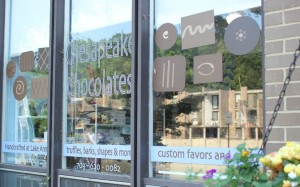 “We are happy to provide the Lake Anne community with more convenience and access to postal services,” Phan Coty, USPS Northern Virginia Retail Manager, said in a statement.

The effort to bring the mini post office back to Lake Anne was spearheaded by Chesapeake Chocolates’ owner Doris Tyler, who also took over the Lake Anne Florist space next door when that store closed in early 2015.

The community helped out though, donating more than $4,000 on a Go Fund Me campaign to help pay for expenses for getting the CPU up and operating, including remodeling, additional employee salaries and furnishings.