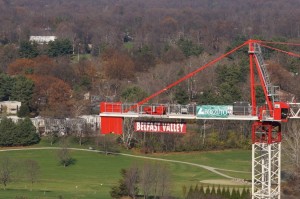 Virginia Gov. Terry McAuliffe (D) signed a bill into law on Wednesday that will limit proffers, which local governments rely on to get builders to contribute to park, roads and other improvements in exchange for development.

As the bill went through the House and Senate, many local governments, including Fairfax County’s Board of Supervisors and Reston Association, asked the governor to amend or not sign the legislation.

The law requires that proffers be limited to offsetting impacts that are directly attributable to new residential developments, such as traffic. The restrictions do not apply to high-density areas, commercial developments or neighborhoods near Metro stations.

This is important time in Reston, which is undergoing a period of multifamily housing growth as it turns towards being a transit-oriented community. However, most of that growth will occur near Metro stations, so the impact here remains to be seen.

Reston Association President Ellen Graves, who wrote a letter to the governor last month voicing the association’s opposition to the bills, said the final version looks to pretty much leave Reston alone due to parameters of Reston’s Master Plan.

“It’s good for us,” Graves said Thursday. “The final version excludes all pending zoning applications and all residential or residential/mixed use [applications] located in an area near existing or future Metro. ”

“We hope that the Board of Supervisors will agree with us that the entirety of the planned community of Reston is exempt from this legislation because the Reston Master Plan comprises such a small area comprehensive plan,” said Graves.

Graves had asked in her letter that the legislation be amended so it wouldn’t apply to mixed use development “or a plan that allows additional residential density, within one mile (rather than one-quarter mile) of an existing or planned Metrorail Station.”

Del. Ken Plum told Reston Now earlier in the General Assembly session that the intent of the bill was primarily aimed at fast-growing counties near Richmond and in Prince William County, where localities have been demanding cash proffers, which is driving up the cost of housing.

For instance, in Prince William County, it costs $45,000 per home in residential developer contributions. In Fairfax, cash proffers are not allowed.

Board of Supervisors Chair Sharon Bulova said last month if the law is enacted it may cause the county to have to “rewrite entire sections of our Comprehensive Plan and Zoning Ordinance.”

“Virtually all development in the county is infill development,” said Bulova. “In these types of cases, proffers are critical in meeting infrastructure and compatibility needs of surrounding areas.”

Bulova says the proffer system provides an opportunity for developers to work with the county to address community concerns related to the increased density of such development.

The proffer system in Virginia has been around for more than three decades. In Fairfax County, rapid growth in the 1970s prompted local government to demand that builders narrow the uses that the rezoning would authorize.

Other Northern Virginia officials told the Washington Post that changing the legislation would hamper their ability to negotiate for extra amenities from developers. They also argue that amending the land-use tool would open them up to lawsuits if builders whose projects were rejected argued that they were denied because of their refusal to agree to “unreasonable” proffer requests.