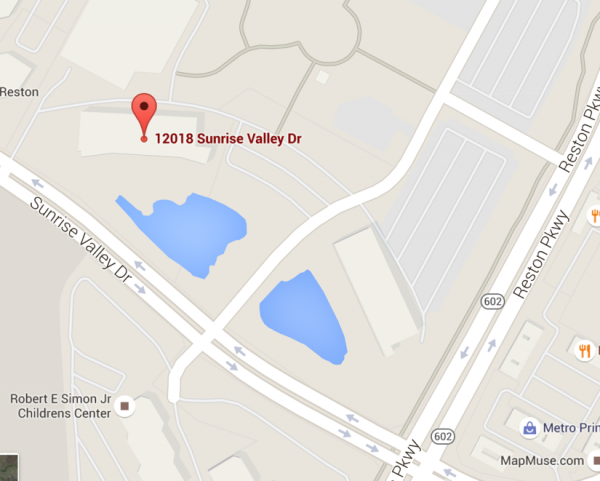 The owners of two office buildings at the corner of Reston Parkway and Sunrise Valley Drive are seeking rezoning to become a mixed-use development.

Brookfield Properties, which owns One and Two Reston Crescent at 12000 and 12018 Sunrise Valley Drive, has filed a proposal to change the zoning from industrial to Planned Residential Community.

In place of the two office buildings, Brookfield plans 2,260 residential units, 1.18 million square feet of office space, a minimum of 64,000 square feet of retail space, and possibly a 160-bedroom hotel, according to Fairfax County records.

The application is currently under review by Fairfax County staff for quality control before official acceptance.

The site of the planned development is between one-quarter to one-half mile from the future Reston Town Center Metro station, slated to open in 2020. Development in that zone, considered in the Reston Town Center Transit Station Area and designated Transit Station Mixed Use, seeks to retain a 50/50 mix of residential and nonresidential uses at a relatively low-denisty 2.0 to 3.0 Floor Area Ratio.

The current six-story buildings were constructed in 2007.

It is also less than a half-mile from Reston National Golf Course, which has undergone its own rezoning battle that seems to be over for now.