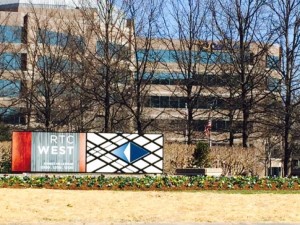 Nando’s, a flame-grilled chicken restaurant that began in South Africa but has several DC-area locations, has signed for 3,400 square feet of the converted retail space. Mezeh, which JBG calls “an all fresh and natural take on Mediterranean fare,” has signed for 2,124 square feet of space.

JBG is in the process of redeveloping several floors of existing office buildings to add more than 40,000 square feet of restaurant and retail space in walking distance of the future Reston Town Center Metro station (set to open in 2020). There is the potential of up to 1.4 million square feet of development for RTC West, which is expected to open the first phase in 2017, JBG reps said in a release.

“Within easy walking distance to the future Reston Town Center Metro station, RTC West is ideally positioned to be a walkable and active mixed-use neighborhood,” Greg Trimmer, a JBG principal, said in a release.”JBG has a strong presence in Reston, and we believe it’s an excellent submarket for further investment and a wonderful community for enhanced placemaking.”