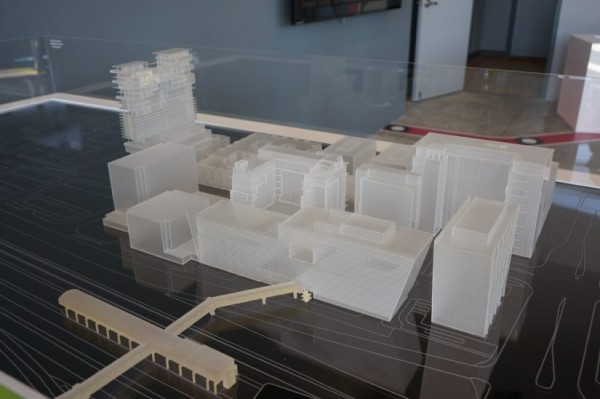 Now that Comtsock’s BLVD apartments are fully built and welcoming residents, the developer is now marketing retail space for lease.

Comstock has four retail spaces on the ground floors of BLVD that it is marketing for new tenants. Spaces available include a 1,981-square-foot space on Reston Station Boulevard, and spaces of 2,011, 2,559 and 1,890 along the plaza (though Comstock says a national retailer is close to inking a deal for one of those locations).

Across the plaza a 16-story office building is under construction. That building at 1900 Reston Metro Plaza was designed by world-renowned architect Helmut Jahn and will feature 365,000 square feet of office space adjacent to the Wiehle-Reston East Metro station.

Comstock is marketing an 8,479-square-foot ground floor space as an ideal place for a large restaurant.

As previously reported, Founding Farmers will be an anchor tenant in the 10,000-square-foot retail space that will eventually be the ground floor of a hotel.

See this prospectus on Comstock’s website for more leasing information.

Meanwhile, small vendors will continue selling at Urban Pop’s pop-up stores on the plaza. The Smartmarket Farmers Market also returns April 20 for the season. It will be open Wednesdays from 3 to 7 p.m. through November.

What would you like to see in the Reston Station retail spaces?