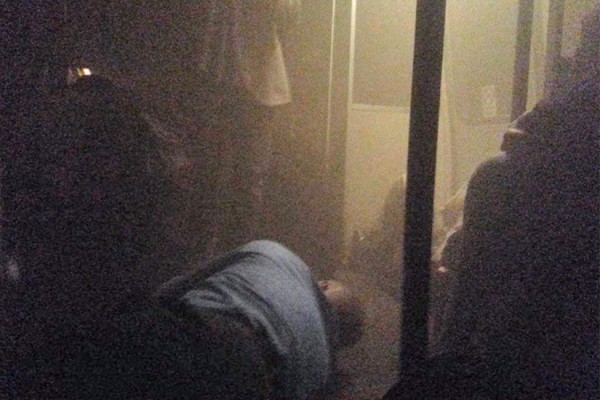 Connolly’s remarks came in response to the National Transportation Safety Board’s report on the incident, which was released on Tuesday.

The report details a series of failures by the transit agency in the response to the Jan. 12, 2015 incident. Dozens of riders were injured, and one woman died.

Connolly said Metro is heading in the right direction under new General Manager Paul Wiedefeld, who “has taken commendable steps to right an agency reeling from crisis-to-crisis in his short time on the job, but he and his new safety team face a monumental task in tackling the institutional challenges that have been allowed to fester and erode not only the basic infrastructure but also rider and stakeholder confidence.”

Said Connolly in a statement:

It has been more than a year since the Yellow Line tragedy at L’Enfant Plaza, and today’s final report by the National Transportation Safety Board on its exhaustive investigation once again brings to the fore the painful and shocking memories of that day, which resulted in the death of Northern Virginia’s Carol Glover and injuries to dozens of other riders.

The NTSB’s findings show a systemic failure of Metro to instill a safety culture from its earliest days, leading to the steady march into mediocrity in which Metro now finds itself. From the lack of basic preventative maintenance to poor management of emergency response, the NTSB’s findings echo similar shortcomings uncovered by the FTA that have put at risk the safety of riders and Metro employees.

It is particularly appalling to learn Metro’s response to reports of smoke was to send trains loaded with passengers into a tunnel to investigate. I am relieved such an outrageous practice is no longer in place, but the mere fact it once existed speaks to the level of indifference to safety that had permeated the agency.

In this definitive report, NTSB has once again clearly made the compelling case that safety oversight would more appropriately be given to the Federal Rail Administration. Oversight is a three-legged stool: enforceable rules, inspections, and enforcement. I believe FRA, not FTA, can most expeditiously meet that challenge as Virginia, Maryland, and the District of Columbia work to stand up the new Metro Safety Commission to provide more robust oversight and accountability.

Metro has been one of the National Capital Region’s greatest successes, but that investment has been allowed to stagnate. New General Manager Paul Wiedefeld has taken commendable steps to right an agency reeling from crisis-to-crisis in his short time on the job, but he and his new safety team face a monumental task in tackling the institutional challenges that have been allowed to fester and erode not only the basic infrastructure but also rider and stakeholder confidence.

It will once again take the combined effort of the local, state, and federal governments to restore Metro to a standard of safety and service for which the nation’s capital and its riders can be proud.

Virginia Sen. Tim Kaine (D) and Mark Warner (D) also said they were “extremely disturbed” that many of the safety hazards have not yet been addressed.

“We urge Metro, the Federal Transit Administration, and regional authorities to move as urgently as possible to ensure that the problems identified in this report finally get fixed once and for all,” the senators said in a statement.