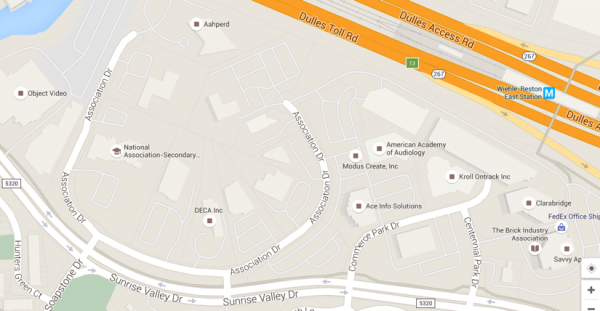 A large swath of land close to the Wiehle-Reston East Metro station may join the growing list of development projects in Reston.

According to the Washington Business Journal, Fraser Forbes Real Estate Services is marketing 23-acres south of the Dulles Toll Road to potential developers.

The land currently houses a collection of low-rise office buildings on and around Association Drive off of Sunrise Valley to Wiehle Avenue and backing to the Toll Road.

The area owned by eight different property owners, the WBJ reports. Fraser Forbes is marketing the site as the potential for up to 3 million square feet of mixed-use development.

“This group had been interested in doing something for a couple of years, it’s just taken this long for it to come together,” Fraser Forbes CEO Rich Samit told the WBJ.

“We ultimately don’t know what the specific mix will be, but we have a pretty big canvas to work with and ultimately it’s what’s in the eye of the beholder — it’s going to be market driven.”

Samit estimates the combined properties will sell for in excess of $100 million.

Samit said the site has a range of potential development scenarios, including as a town center with several hundred thousand square feet of retail and a variety of for-sale housing, office or potentially hotel uses.

An extension of Soapstone Drive is planned to eventually pass right through Association Drive. This will offer an additional crossing of the toll road and alleviate traffic on Reston Parkway, Wiehle Avenue and other main roads. The Fairfax County Board of Supervisors approved the project in 2014, but it is many years away from being built. A community update meeting is planned for June 15.

Other planned projects nearby along Sunrise Valley include turning an office park at Sunrise Valley and Commerce Park Drive near the Metro Station’s south entrance into 500 residential units, a 175-room hotel, 400,000-square-feet of office and office and ground-floor retail.

Also on the docket: Sekas Homes‘ plan to turn the former American Press Institute buildings into townhomes; JBG’s expansion of Reston Heights; Lincoln at Commerce Park, which plans a 260-unit residential building on the same stretch of Sunrise Valley; and 49 urban-style townhouses at 11720 Sunrise Valley Dr. across from Reston National Golf Course.