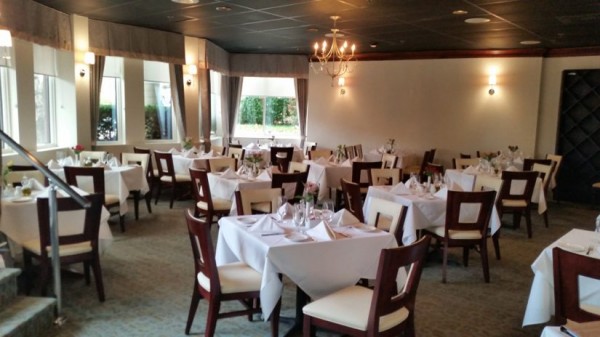 Fuentes operated El Manantial at Tall Oaks for 11 years, bringing a high-end Mediterranean restaurant to the center. He closed El Manantial in the fall of 2014.

Fuentes told Reston Now in 2014 that he signed a five-year lease, rather than a 10-year lease, in 2009, when he noticed that Tall Oaks was losing much of its vibrancy and tenants.

“I realized this center is not going to get any better,” he said. “I want to operate in a better location.”

Fuentes then leased space on Station Street in downtown Herndon and opened under a new name.

Fuentes said early on that “business is better here than in Reston.” Locally owned Europa received mixed, but mostly positive, reviews from customers.

Meanwhile, Tall Oaks’ future as a retail center looks to be limited. Owners Jefferson Apartment Group will present its plan for a new residential with about 8,500 square feet of convenience retail/restaurant, to the Fairfax County Planning Commission July 14.